In 2011 England went to the top of the world rankings. I thought at the time England’s success although glorious was slightly deceptive. I don’t want to play down the ability of the players but there are some serious flaws. All the way back In 2011 England beat Sri Lanka 1-0. This victory was achieved through a freak collapse at Cardiff in which Sri Lanka were all out for just over 80. This propelled them to a series victory of 1-0 which of course was due to this freak collapse. It didn’t reflect how they had played or the fact they probably should have drawn that series 0-0.

After this, the much anticipated India tour of England took place. India were without Sehwag, Zaheer and Gambhir for the much of the series. Their much vaunted batting lineup did not perform and their bowlers were utterly toothless. India were not a strong or in form side. India lost 4-0 to England and went on to lose 4-0 again to Australia in Australia. India went from number one to losing 8 straight games. Clearly England did not beat a strong Indian side and did not exactly crush Sri Lanka. Although they were the top they had not beaten the best to go to the top.

Into 2012,  the England side came off the back of this summer beating a declining India and have had an awful time. England  have suffered 6 defeats, Despite this, If i told you that In 2012 there are 4 Englishmen in the top 6 of ‘most runs’ and Stuart Broad topped the most wickets column, you would probably say, “What is the problem?” I hope to pick this apart a little bit and show why it isn’t all as rosey as it looks.

Strauss has runs this year thanks to 2 hundreds against a weak West Indies side. It does not mask the fact Strauss continues to fail to perform against the top quality sides though. Not a single Fifty against South Africa. Not even a forty. His average in 2012 is 33.19.

In 11 matches Cook has 3 fifties and one Hundred. In the light of his prolific last few years, Cook has had a relatively poor year. Against the Proteas Cook scored one Hundred and no fifties.  Limited contributions. 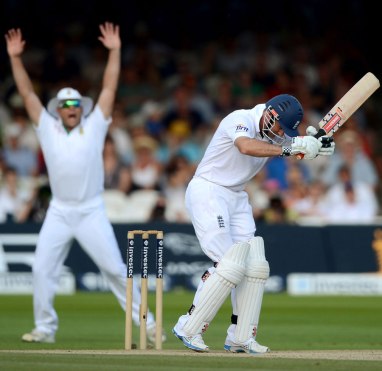 However, with an India tour looming, it surely isn’t a good time to drop the England opener and captain . It would be a bad time to drop a new captain in and arguably a tough time to start a new batsmen off. England aren’t even sure who to would pick. I suppose Root and Denly are the Heirs to the throne, but it would be hard to just kick Strauss out. The big pressure decision of course is that If Strauss does not go, England will not be playing Pietersen in the foreseeable future.

Just to reiterate the bad form of Cook and Strauss, In 2011 against India India Cook hit a magical 294 but scored just 54 runs in the other three tests and Strauss made it past 50 once and made a 40. This is a  deeply set , long term top order failure.

Trott has not scored a hundred in over 8 test matches now. Over 15 innings. Trott has not had a disaster in 2012 with 1 hundred and 5 fifties has failed to kick on.

Ian Bell on the other hand is having a disaster and England are paying for his failings. In 2012 has not scored a ton. Bell has 6 fifties and an average of 31.25 which is b not good enough. Bell looks good even when out of nick. Perhaps this is a reason why so few people have spoken about it. Bell doesn’t look out of nick so a score doesn’t look far away.

Pietersen is at the top of most runs for England with two tons and two fifties. Pietersen takes games away and can score runs against literally anyone. However i won’t dwell on the Pietersen fiasco in this blog. We all know why his success is irrelevant for tours in the foreseeable future. Pietersen has been dropped. 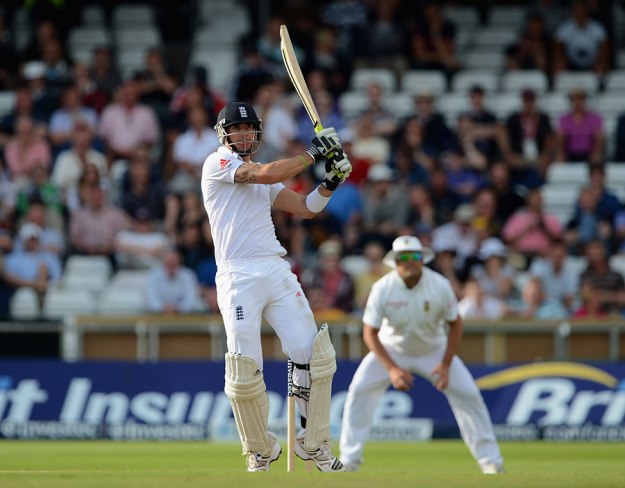 Powerful Pietersen left out. How long will it last ?

Against South Africa England were outdone by superior opposition quicks. It was apparent that throughout 2012 England’s batsmen are struggling against simple planed out attacking bowling. Steyn and Philander bowled immaculate lines and lengths and forced batsmen to play time and time again. Especially with the New Ball they forced the game their way. Morkel was expertly was used to remove the left handers with angles. Most telling of all was how they dried up the runs and created pressure simply by having discipline.  It was planned to perfection and implemented well.

A positive could be Tahir being innefective averaging 47 in the series whereas against Pakistan and Sri Lanka, everyone struggled against Ajmal Rehman, Randiv and Herath. Then again this could just be the mediocracy and un-imaginativeness of Tahir.

The main positive with the bat has been Matt Prior. Prior scored consistent runs in the South African series simply by innovating and being natural and aggressive. Prior doesn’t get as much of a chance to bat whilst coming in at 7 so it’s understandable why Prior hasn’t got as many runs. If Prior isn’t even making the One day squad, surely there needs to be a reason ? 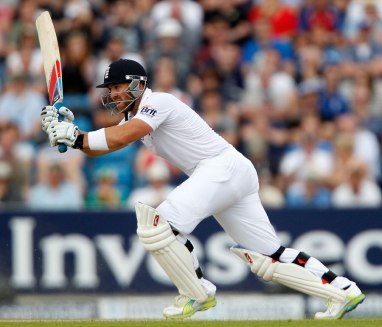 England’s most natural and free flowing batsmen. Selfless and aggressive

Bresnan this year has scored 81 runs in 6 tests averaging around 20 with a 30 strike rate. Not good enough for a number 8 picked on all rounder status and supposed Batting credentials. Likewise Broad only has one fifty this year. Swann has not got any fifties this year. They both played with certain freedom and fluency at Lords but that was in a chasing and losing cause. We do not see it often enough.

With the Exception of Cook in the first test and the deposed Pietersen, there were no hundreds from Strauss Trott Bell, Bopara, Taylor, Bairstow and Prior. A serious lack of hundreds. In India we need to turn this around. The pitches are flatter and big totals play big totals. We need bigger runs, more hundreds, Bigger hundreds and bigger partnerships. Amla style !

England need to try and get back to an attitude of hitting bigger scores through top order partnerships and having more patience against good line and length bowling. Too often Strauss and Cook got past 20 and 30 but failed to kick on. Too often Bell and Trott got past 50 and failed to kick on.

This has been the end of my look at England’s batting over the past year. Check part two for bowling and fielding !